Wasm Builders is a community of 1,254 amazing builders

Imagine a world where you can build software with C++, Rust, Python, Go or Grain then delivers that software to the end-user in a web browser without any installation and near-native performance. That world became a reality in Dec 2019 when WebAssembly became an official W3C (World Wide Web Consortium) Standard.

WebAssembly Will change the way we things of "Web apps" 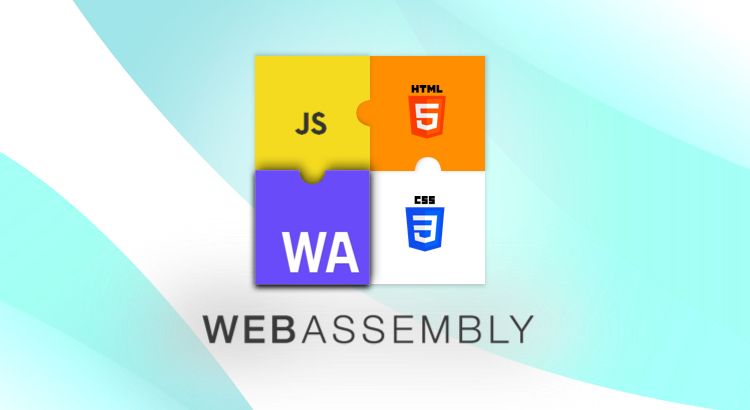 WebAssembly a low-level assembly-like language with a compact binary format, is not really a new programming language or more suitably Compiler target.

It also brings lots of other benefits of native compilation to the web and calls it for javascript.

It's a smaller memory footprint, just fewer bits over the wire so everything is faster. 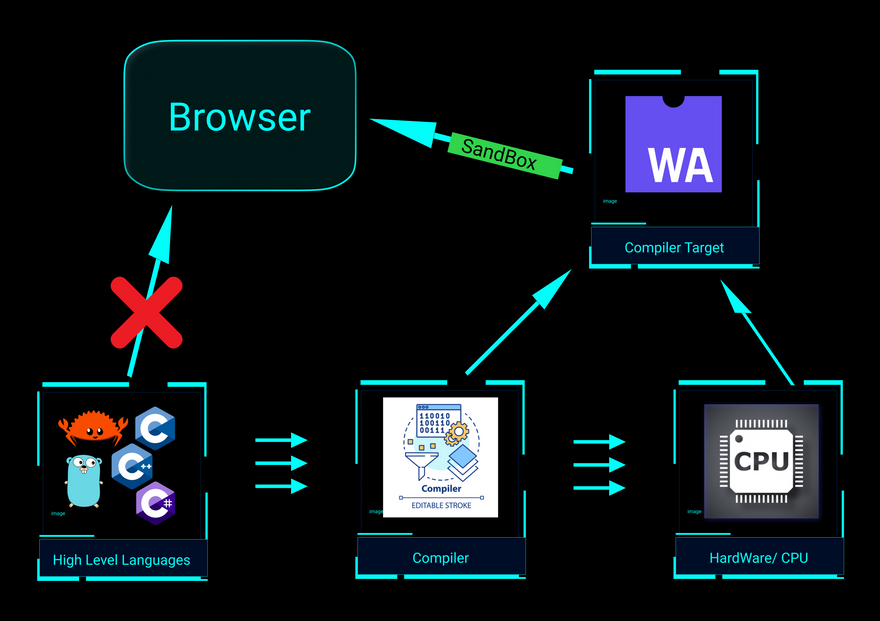 The browser doesn't allow running arbitrary code without any sandbox or may any other functionality, and here comes WebAssembly.

What does it enables you to do?

Write an application for the web in languages other than javascript

There are many different ways to build a WebAssembly app, many are under development, one of the most popular tools is Emscripten converts a C or C++ to WebAssembly,

It's not limited to desktop it's a mobile thing too. Safari and IOs 11 as well as Chrome and Android both support WebAssembly,

we can build the highly performant application using native code for mobile devices as well.

Webassemly Shines with computation: WebAssembly focuses on Heavily CPU-bound number Computations that deal with math, maybe 32-bit 64-bit, or any.

The most common thing related to numbers is Games, there are tones of Pixel stuff and lots of these are going to be heavily OpenGL and so it enables you to write your app in C++ or Rust using the OpenGL, compile that to web assembly and it will run in a browser.

The .wasm file is in binary then how you gonna debugg it!!

There's a Textual Representation to rescue!

The WebAssembly text format is a textual representation of the Wasm byte code, just like x86 assembly is for Intel or AMD byte code. Most tooling supports are Abstract Syntax Tree (AST)

At a first glance, it seems that there is not much going on, but from a parser's perspective, there is a lot of work to do to extract an AST from the code.

you probably would be wandering

Web apps have numerous benefits to be mentioned.

WebAssembly has found the most success as a mechanism for bringing mature and substantial C/C++ codebases to the web.

It uses ReactJS for its outer UI and has high performance C++ design tool, which can easily be compiled into WebAssembly. create desktop-quality experiences on the web without compromising on performance.

FFmpeg is a 20-year-old project! and with Webassembly they bought it to browser.

FFmpeg.wasm is a pure WebAssembly / JavaScript port of FFmpeg.
It enables video & audio recording, conversation, and stream right inside browsers.

In there documentation they states that before WebAssembly, it was inconceivable to create a JavaScript port of this library,

FFmpeg.wasm is composed of a thin JavaScript API layer that enables it to access system hardware as well, and they stated wasm binary was just 20 bytes small to work with and that made a great difference in it's performances.

These are Hybrid apps: these apps work as a Web app and can be installed on the device as a native app too, which enables it to take advantage of device-specific resources by using internal APIs. It typically shares similar navigation elements as a Web app since they are based on it.

14 years ago Earth was released as a native application
because rendering the whole world in real-time required advanced technologies that weren’t available in the browser.

First came to the Web about two years ago using Native Client (NaCl), wass limited to be used on Chrome-only at that time.

But now Google Earth is accessible on Firefox, Edge, and Opera browsers. This was made possible by moving Google Earth for Chrome onto WebAssembly (Wasm), not just making apps more accessible across browsers, but smoothing out the online experience too.

This backend is an alternative to the WebGL backend, bringing fast CPU execution with minimal code changes.

It's a really exciting technology not only for the browsers vendors but other large companies working with WebAssembly.

Inorder Successor in Binary Search Tree with C++ and WASM