For over a year now I've been working on daedalOS, my desktop environment in the browser. At the start of 2022 I published the app as my website for everyone to play with.

For the WebAssembly audience I wanted to discuss the many features I've integrated into my desktop environment which use WebAssembly. Here is a list in no particular order:

I support dragging .iso & .img files into the app which can be ran on v86. It also comes loaded with Kolibri and Linux. When an app is closed a snapshot of the current state is saved to /Users/Public/Snapshots which is automatically loaded the next time the same image is opened. 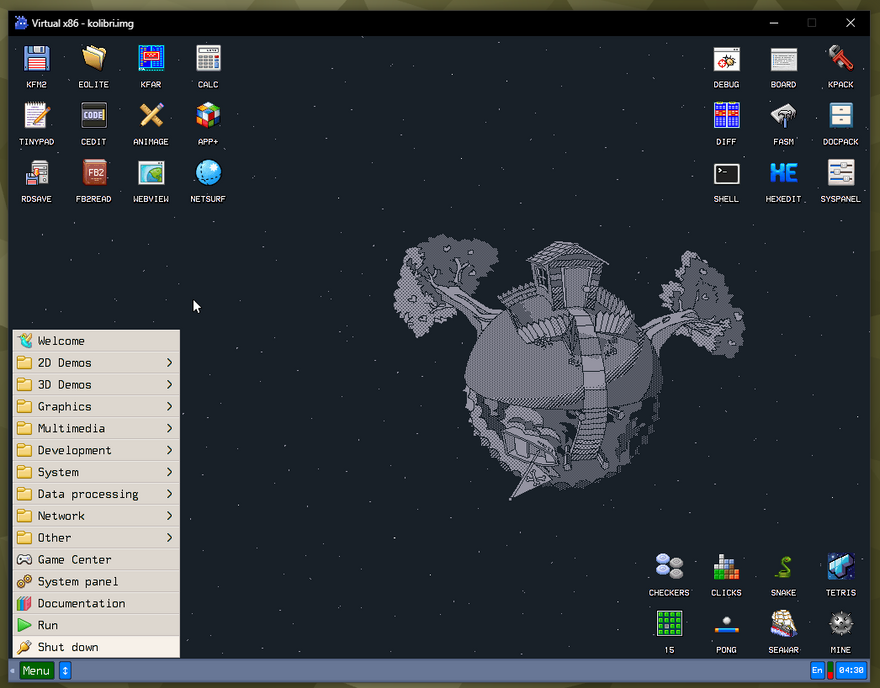 For this app you can open any .zip or .jsdos file in it. If you don't provide a jsdos config file it will boot to the command prompt. I have some preloaded DOS shareware games such as Doom and Duke Nukem 3D. Like v86 it will save snapshots on close and reload them on reopen, but instead of loading the emulator state it just loads the directory contents such as save games. 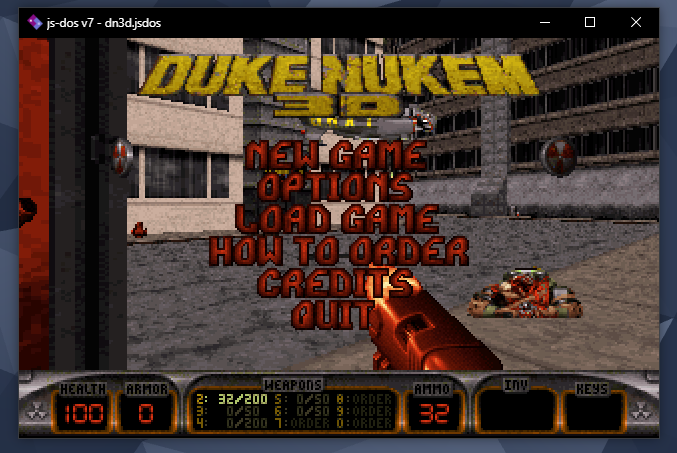 This also supports .zip files and will try and run .exe too. It can run various apps as BoxedWine shows on their Apps and Games page. As an example I downloaded the latest 32-bit x86 Portable (zip) version of Notepad++, shown below. 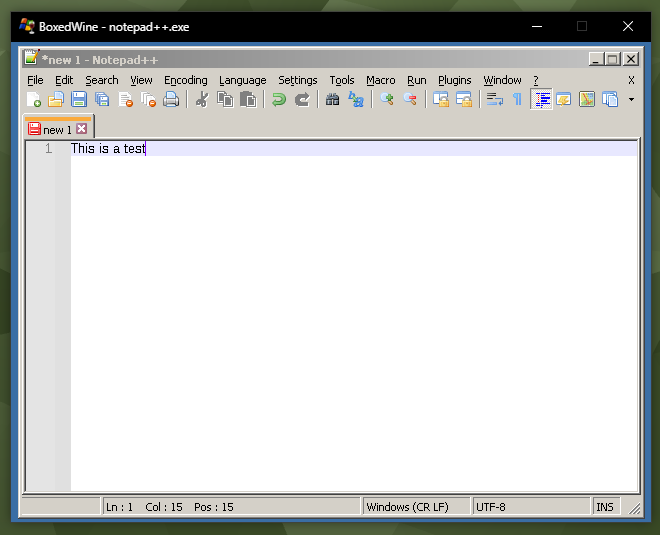 This app supports .swf and .spl files. I have a few fun demos on my site such as the Badger Badger Badger and Windows RG (Really Good Edition). 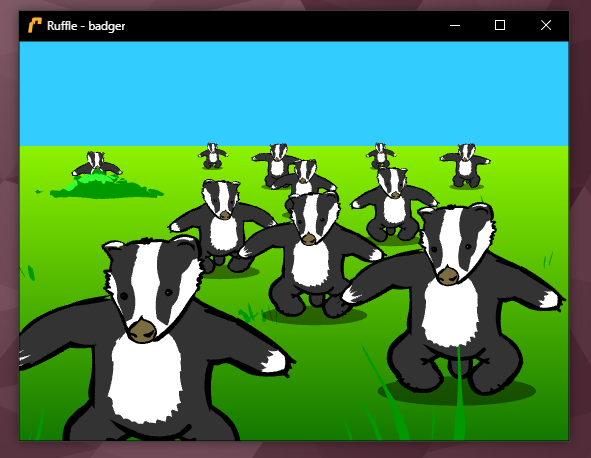 I support .zip & .iso mounting through non-WebAssembly methods, so to handle .7z, .rar, .tar & .tar.gz I've added Libarchive.js. Extracting is done from the right click context menu on each file. 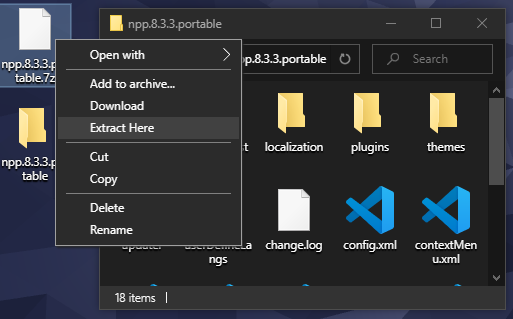 Currently only supporting single thread because of the SharedArrayBuffer limitation and my desire to not deal with CORS issues. For video you can convert .avi, .flv, .m4v, .mov, .mp4, .mpeg, .ogv, .webm & .wmv. For audio it supports converting .aac, .aiff, .ape, .flac, .m4a, .mp3, .oga, .ogg .wav & .wma. These conversion options can be access via the context menu on each file. 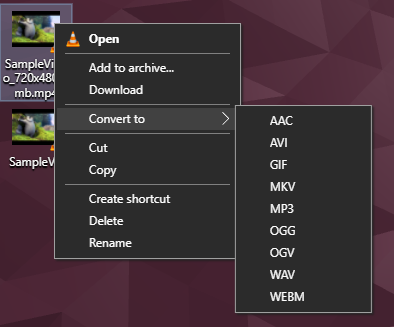 Similar to audio/video, I support various formats of images that can be converted. They are .bmp, .gif, .ico, .jpg, .png, .psd, .tiff & .xcf. 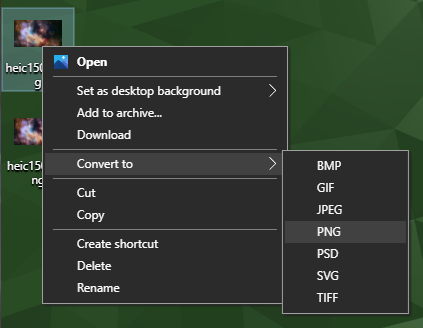 I've added support to run .py scripts in the terminal. It's also possible to open the Terminal directly and run a command such as py import sys; sys.version to see the same result as this example script. 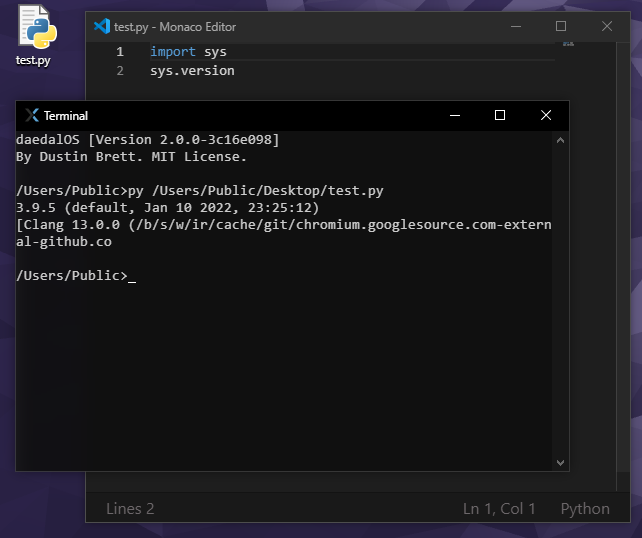 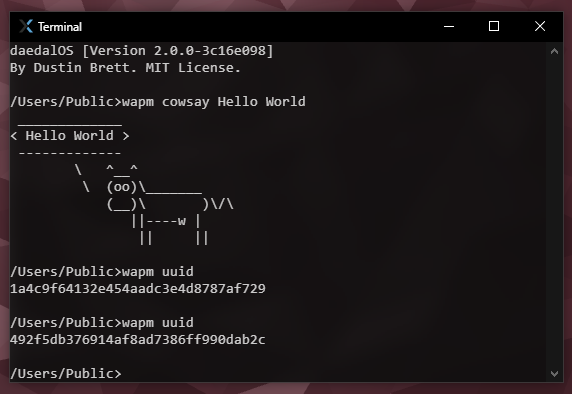 Finally for a blast from the past I've added 3D Pinball Space Cadet which has been ported to many platforms including to WebAssembly. 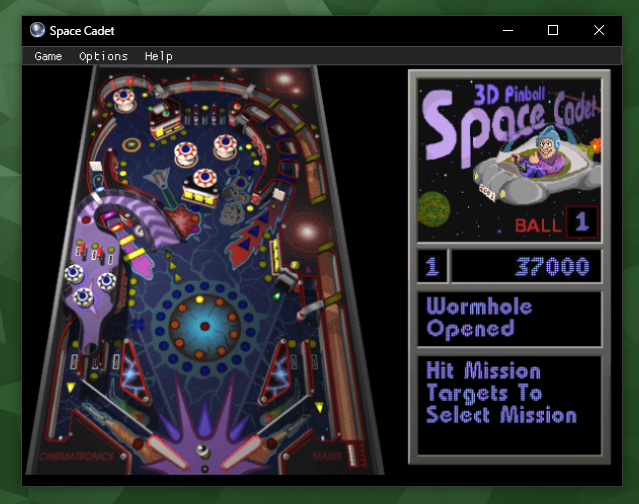 Thanks for checking out my post/app!!! If you'd like to follow my progress as I continue to play with all things web/dev, please check out my YouTube channel. Here is my latest video where I discuss progress on this app:

Serious Sam in the Browser

Once suspended, dustinbrett will not be able to comment or publish posts until their suspension is removed.

Once unsuspended, dustinbrett will be able to comment and publish posts again.

Once unpublished, all posts by dustinbrett will become hidden and only accessible to themselves.

If dustinbrett is not suspended, they can still re-publish their posts from their dashboard.

Once unpublished, this post will become invisible to the public and only accessible to Dustin Brett.

Thanks for keeping Wasm Builders 🧱 safe. Here is what you can do to flag dustinbrett:

Unflagging dustinbrett will restore default visibility to their posts.