Python language is one of the most accessible programming languages available as it has simplified and uncomplicated syntax which puts more emphasis on natural language. Because of its ease of learning and use, Python codes can be easily written and run much faster than other programming languages.

Python was created over 30 years ago, which is a long time for any programming language community to grow and mature adequately to support developers ranging from beginner to expert level. There are plenty of Python language documentation, guides and video tutorials available that the student and developer of any skill level or age can use and receive the support they need to advance their knowledge of the python programming language.

Many students are introduced to computer science only through the Python language, which is the same language used for in-depth research projects.

Cloud Computing, Machine Learning and Big Data are some of the hottest trends in the computer science world right now, which helps many organizations to transform and improve their processes and workflows. All these trends need to take into account data security, and secure implementation to handle personal data. So the union of python and WebAssembly is a powerful tool.

To start using the tool, let's start with the setup.
First you need to download docker.

Docker: Is an open source containerization platform. It enables developers to package applications into containers—standardized executable components combining application source code with the operating system (OS) libraries and dependencies required to run that code in any environment.

Then you have to compile Python to WebAssembly (WASM):

You have to clone the repo https://github.com/singlestore-labs/python-wasi/

-To download the CPython source, dependencies and to build the CPython's WASM build, run the command:

The build output is saved at opt/wasi-python/.

As a final step install wasmtime using the instructions at wasmtime.dev

Then you can have you wasm file:

The code in Python is about Count Inversion: 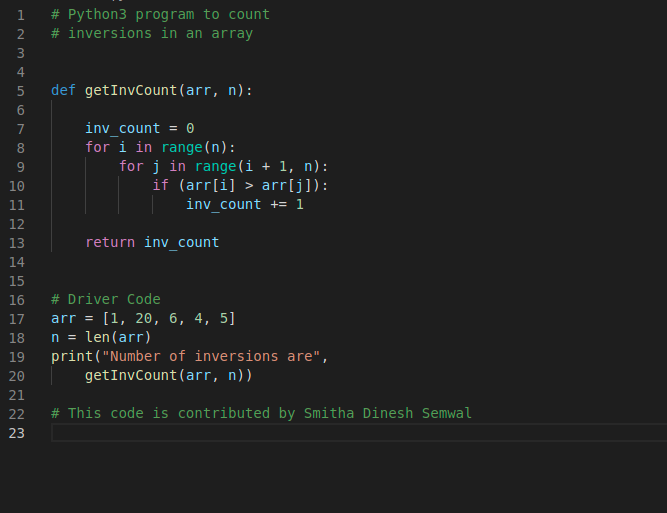 JavaScript and WASI - Simplifying the process even further

Functional Language that Compiles to WASM